After a period of uncertainty and days spent patiently waiting: the exhibition ‘Claudio Moser: Gegen Osten’, which runs until 24 May 2021 at Kunstmuseum Solothurn, is showing works spanning twenty-five years of the artist’s creative output. It includes the photograph ‘Jedediah Smith’ (2001), which is on loan from the Julius Baer Art Collection.

Journey to the Self
This solo exhibition is a retrospective devoted to artist Claudio Moser (b. 1959 in Aarau) and the works he produced between 1995 and the present. Following a well-paced route, visitors to the museum are guided from west to east through seven rooms; the careful thought and precision that has gone into staging the works anticipates the museum architecture, creating a rhythmic cadence that draws museumgoers in for a moment to pause and contemplate before moving on. In place of the windows that once adorned the exterior walls and were by and large sealed during the 1980 renovation, photographs now point toward the outside world. The show is rounded off with a juxtaposition of Moser’s photographs with his films, paintings and sculptures – the route through the rooms thus resembles both a path through the artist’s life and work and a journey into the self. 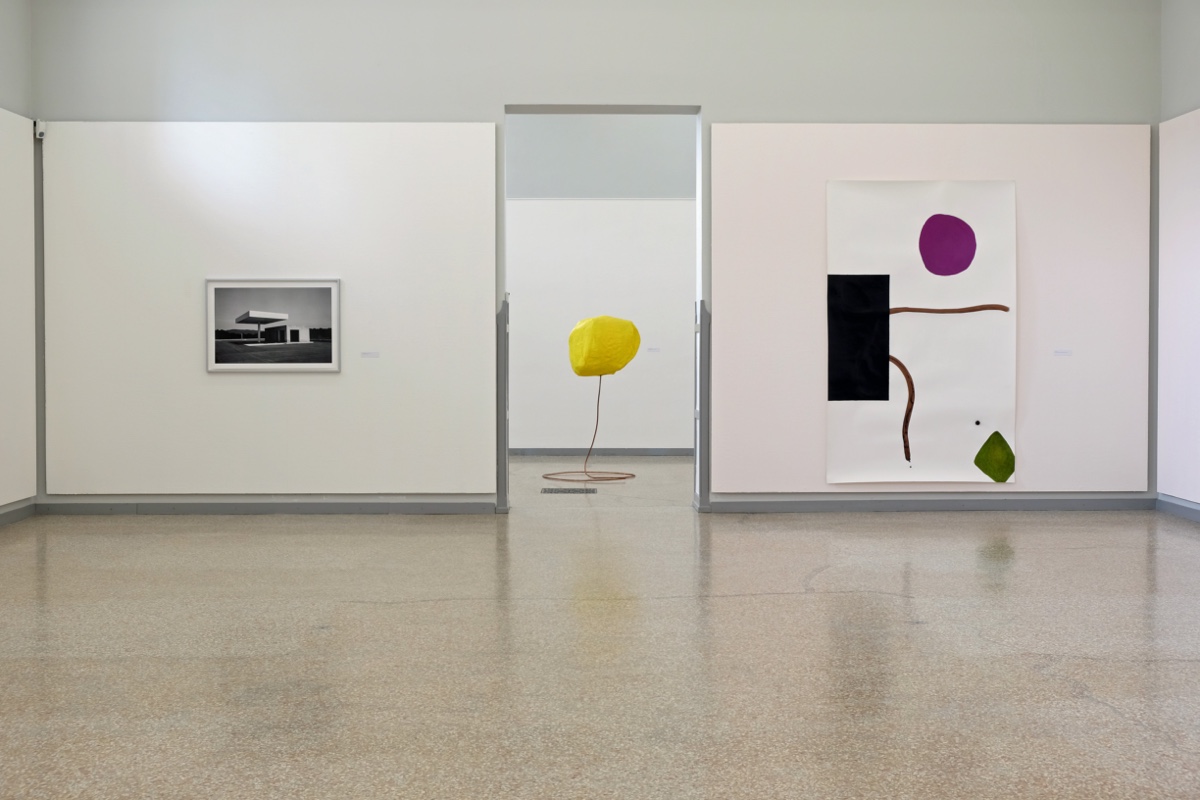 Tracking Down “Sensory Explosions”
Moser found his way into photography via film and first gained international recognition in the mid-1990s with his moody, atmospheric pictures. On his perambulations through urban settings, he uses his camera to ferret out nondescript scenes in unremarkable places such as city outskirts or wastelands that are interchangeable. They are extracts from the mundane, those moments of everyday life that he picks out on his extended walks and travels. His photographs record things that seem to be entirely inconsequential. Moser takes a democratic approach to his subject matter, neither pillorying it nor pursuing it as an object of political or social interest: for him “all places are of equal value”. He is mesmerised instead by the play of space, light and colour. Visitors to the exhibition go through a similar experience: the light in the seven rooms is in continual flux, mediated by the colours of the abstract paintings, by the sheer volume of the sculptures, which play with the light in the space, and by the varied lighting design, which ranges from light to dark. The atmosphere that this creates and the dynamic effect produced by the individual pieces prompt feelings and thoughts – “sensory explosions”. 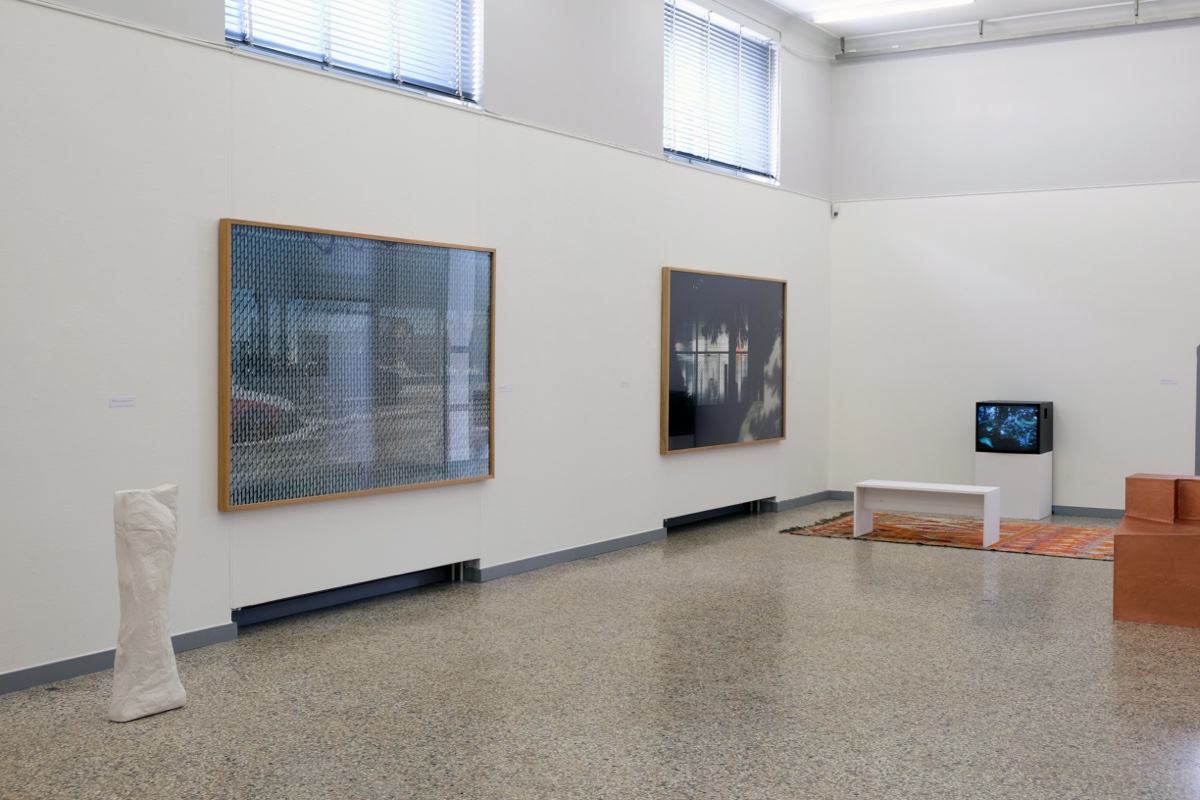 “Everything Is Photography”
Claudio Moser started experimenting with painting in 2007, initially trying things out for himself in the studio, without any pressure. When he fell ill in 2014 and could no longer go on his daily forays with the camera, he spent a lot of time at home. Painting helped him to articulate his inner states of being in a new way. While painting stimulates the artist from within, photography sets ideas in motion on the basis of external stimuli. By contrast, sculpture comes into play the moment Moser finds he can get no further with “flat”, two-dimensional photography, at which point he switches to spatial objects, such as papier-maché spheres, using their bodies to explore the iridescent play of light. As Moser puts it, “Every formulation requires an appropriate medium until you end up with a coherent and harmonious articulation of what you want to express.” But the starting point for this is always an internal image, a snapshot: “Everything is photography.” As the different works of film, photography, painting and sculpture engage each other in dialogue, the various media merge together in the exhibition rooms to create an overall image that is free of any hierarchy.

‘Jedediah Smith’ (2001) on Loan
The Julius Baer Art Collection holds the large-format forest view ‘Jedediah Smith’ (2001), along with other works by Claudio Moser. The work was produced for the exhibition ‘Wald / Explosionen’ at the Helmhaus in Zurich and shows a close-range view of a luxuriant sequoia tree that Moser came across on his travels and numerous rambles in Northern California. He took the title of the work from the name of the forest on the map. With its dense system of branches, the tall redwood reminded the artist of a Gothic cathedral. He was immediately fascinated by the refraction of the light through the thicket of brush: “The light becomes darker, softer,” Moser explains. Moreover, the inkjet printing technique makes the colours appear richer, more saturated and more intense, while the close-up view of the tree suggests an endless expanse. The artist explains on his process of tracking down motifs: “A theme starts brewing, a desire for images that have not yet been found.” On his hikes, “he carries compositions within himself until they show up.” Some works “push him further to find other themes”, while in others “a core issue is decrypted”, as is the case with ‘Jedediah Smith’, which is one of his key works.

As a “traveller in body and mind” (to borrow the words of Urs Stahel, former director of Fotomuseum Winterthur), Moser is an artist on the move, using internal and external stimuli to keep developing his work while he walks the path of self-discovery. In ‘Claudio Moser: Gegen Osten’, visitors are called upon to forge their own paths. Animated by a mix of diverse perceptions and sensory impressions, the gaze is directed inward, evoking private emotions and inducing visitors to make their own discoveries. Individual impressions are superimposed on the artist’s experience, establishing an interplay between internal and external worlds.

Follow Claudio Moser: this summer, the Centre de la Photographie Genève is putting on the solo exhibition ‘Claudio Moser: Chien errant’, which will run from 9 June to 22 August 2021.